So, here I am again posting something about the menopause. As I have already said, I am at that age where the “M” word is begin bounded around in my circle of friends and colleagues and I am sure that I am perimenopausal because I’m experiencing quite a few of the tell-tale signs. 😉

In my research, I’ve noticed that the same foods keep popping up; I’ve already increased the amount of soya I consume since joining Slimming World (read my Weight Loss Wednesday posts to find out more) and I had taken caffeine out of my diet a couple of years ago by switching to decaffeinated tea (I don’t drink coffee) as one of my colleagues had recommended that it helped reduce her menopause symptoms.

I found the article below on the Natural Heath News website. As I’ve said before, I’m a great believer in natural remedies rather than man made chemicals so I was very interested in the suggestions made in the article that supposedly helps with the symptoms and the Detox Diet itself is very similar to the healthy eating plan that I’m already on through Slimming World!!

Oh, and I’ve added a few purchase links to help, if you’d like to try out some of the suggestions yourself or the simple detox diet yourself.

Your detox diet for menopause

The menopause is potentially one of the most liberating transitions in every woman’s life.

It can herald a shift to greater freedom and personal satisfaction as you move from constantly supplying family needs to having more time and space to express your own purpose. Making love can also become more relaxed and adventurous as the fear of pregnancy recedes.

In more traditional societies the role of the older woman is well established in the community and such things as wisdom, calmness and more time to observe and reflect are valued and respected.

From an energetic perspective during the fertile years a woman’s spiritual energy ebbs and flows during her menstrual cycle, after the menopause the spiritual contact can be more direct and consistent.

There are still societies where the cessation of periods that indicates the menopause physically, is just that and no other symptoms are expected. Japanese women, for example, are known for their lack of menopausal symptoms such as hot flushes, attributed mainly to their increased consumption of soya based products, which are high in phytoestrogens.

In western society ageing has become associated with failure and losing one’s function, becoming less useful and unattractive. The emphasis on youthful appearance has led to a great fear among many women of showing the natural signs of ageing and embracing one’s changing role and status.

The key to a healthy menopause is to accept it as a time of transition into a new phase of life and not view it as the beginning of a decline. There are many positive examples of women at this stage of their lives who have changed careers, moved to a different part of the country or chosen to pursue their own interest in such things as a natural medicine course, gardening or painting.

If you are finding it difficult to have a positive attitude towards this major life transition then the Australian Bush Flower Essence called Woman Essence can be very helpful.

It has been developed to encourage a woman’s own innate strength and beauty and it will help to harmonize mood swings and balance the emotions during the menopause. Simply take a few drops morning and night for a few weeks.

Like all periods of transition, the menopause can throw up symptoms both emotionally and physically as we move through it.

The average age of the menopause is 52 (although anything between 48 and 54 is normal and many woman may be younger), and the cessation of periods is the observable result of a number of complex hormonal changes occurring within the body.

The ovaries, the pituitary and the hypothalamus in the brain are the glands that communicate with each other to regulate the menstrual cycle. During menopause the hormonal balance begins to change, and less oestrogen produced by the ovaries.

At around the same time, more follicle stimulating hormone (FSH) and luteinizing hormone (LH) are produced by the pituitary. It is usually the level of FSH that is measured when testing for the menopause occurring.

These hormonal changes, when out of balance, are responsible for the symptoms such as hot flushes and night sweats that can occur during the menopause.

The decline in oestrogen fluctuates at first, but eventually tapers off. This is then replaced by a form of oestrogen called oestrone, that is converted from androgen mainly produced by the adrenal glands.

Insufficient oestrogen can lead to the symptoms of hot flushes, vaginal dryness and in the longer term, osteoporosis. This emphasises the importance of having healthy adrenal glands if we want to enjoy good health after the menopause. The adrenal glands are especially prone to damage by poor nutrition and an excess of stress.

The liver has the job of breaking down ‘old’ hormones and eliminating them from the body. If the liver is not functioning efficiently then these ‘old’ hormones continue to circulate in the body causing PMT-like symptoms, hot flushes, irritability and headaches and can eventually lead to a range of tumours such as fibroids and, when malignant, to cancer.

Going on a detox program can really help the liver to regenerate and this is why a regular detox can be the key to reducing menopausal symptoms.

This cleansing diet is a 10-day programme that is suitable if you are basically healthy but want to clear your system out and give your liver a chance to regenerate.

If you have a particular health problem you should have a consultation with a naturopath before going on a special diet.

Fruit for breakfast, lunch and in the evening. Choose one fruit for each meal from the following: apples, pears, kiwi fruit and grapes. Eat as much fruit as you like at one sitting.

In the evening eat cooked vegetables. Make a soup by boiling a mixture of at least five vegetables. Do not add any salt or seasoning. You may add fresh, chopped herbs or a handful of mixed seeds.

Breakfast as day 2. Lunch as day 2 but in addition eat two rice cakes or two rye crispbreads. Evening as day 2 with the addition of a portion of brown rice or millet.

Breakfast as day 2. Lunch as day 7. Evening as day 2 but in addition eat a baked potato with a small knob of butter (it will taste delicious!)

Things to pay attention to

Drink lots of mineral water every day. Obtain as many as possible of the fruit and vegetables organically produced. Important things to avoid altogether throughout the diet are: tea, coffee, smoking, salt, pepper, recreational and non-essential prescription drugs and late nights.

A simple salad dressing, made by combining olive oil, lemon and fresh chopped herbs, may be added to the salad lunch.

This detox diet should be carried out at least once a year and preferably twice a year. Spring and autumn are traditional times to undertake a detox.

The above article is excerpted from Understanding the menopause: natural solutions that really work by Susan Curtis (Winter Press, 2007). Susan’s book features advice on a range of different natural options to ease the transition of menopause.

Source: Your detox diet for menopause

I wear many hats in my life; I am a wife, a mum, a teaching assistant, a fiction editor, a proofreader, and a loyal and supportive friend. 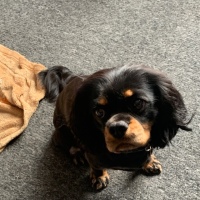 Follow Fifty and Fabulous on WordPress.com
Join 251 other followers

Home of All Things Work Together, podcast Sara's Shorts, and glimpses of God in the land of the living